You are well-aware of how important it is to maintain your aircraft registration in order to legally make use of your airplane. However, it can be just as important to delete it in certain situations, which some aircraft owners are not always privy to. Let’s talk about when and why it is necessary to de-register aircraft in Canada.

When to De-Register Aircraft in Canada

The process of de-registration is essentially a way to eliminate the registration in its current form from the Canadian registry of aircraft. This is commonly done when there is no longer a need for the aircraft to be registered with the Canadian government agencies. If you are unsure about whether or not you should go through with a de-registration process in your situation or would like to learn more about the process, we can go through two of the most common cases in which you might need to de-register aircraft in Canada.

The Aircraft is Going to be Out of Commission

Aircraft, like any other sort of vehicle, will only have a determinate lifespan. After a certain point, the aircraft may no longer be safe to use, fly, or operate. In some extreme cases, this might happen following an accident that significantly incapacitates the aircraft to the point that it can no longer be used either. Regardless of the circumstances under which the aircraft can no longer be used, you should de-register it from the Transport Canada database. After all, there is not point in maintaining the registration if the aircraft is out of commission, and it’s always good to have legal proof that you are no longer associated with the defunct aircraft, especially because that makes the registration vulnerable to being hijacked. In cases like these, there’s no situation in which de-registering the aircraft is a bad idea.

The Aircraft is Going to be Registered Elsewhere

A less dramatic instance in which you might end up having to de-register aircraft in Canada will be when you are transferring, selling, or moving the aircraft to a foreign country. An aircraft can only be registered in one country, which is why in case that you are moving the airplane abroad indefinitely, you will need to de-register it from the Transport Canada registry. This will be evident when selling it or exporting it, but a lot of people don’t consider that they also need to do so when they are retaining ownership of the plane but moving it with them to a different country. If you are, say, moving to the United States, along with your aircraft, you will need to de-register it here in Canada and re-register it with the Federal Aviation Administration once you’re there.

Whether you are deleting the registration because you are retiring the aircraft or moving it to a different country, we at the National Aviation Registration can guide you through the process and provide you with all the necessary forms to do so. Just know that if at any point you need help with your applications, you can call us at (800) 998-3527 or email us at info@canadianaircraftregistry.ca 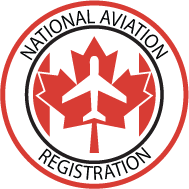